Why I came ‘home’ to India 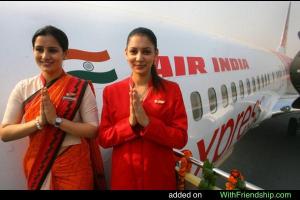 We ate it, we watched it, we wore it, we sometimes spoke it, and we missed it, even though we never really knew it.

India was a country which had an almost mythical status in my childhood. The place we heard about from our parents, but rarely visited.

Stories about India fascinated me as a child; tales of my mother playing games as a child in Delhi, where she grew up, recollections of my parents’ beautiful wedding, or the tale of the cow who used to arrive at my dad’s house in Madras (now Chennai) every morning to deliver fresh milk.

I was born and brought up in Milton Keynes, a city only ever known for cows of the concrete variety, but right from my childhood I felt a strong connection to India and its culture and customs.

We celebrated Christmas, but we also got new clothes for Diwali. We went to see Hollywood films but we also watched Bollywood movies on VHS, with mum translating in real time. We ate cottage pie, but we also ate chana masala.

The hardest part for all of us was being away from our grandparents and relatives. A crackly phone call every Sunday, or the arrival of a blue airmail envelope would delight me for at least a week. I’d reply, writing to family whose appearance I wasn’t even familiar with, let alone their personalities.

I went to India for the first time at the age of three, a trip I barely remember. The next time was when I had reached the more “grown up” age of 10. It was after that visit that I first truly felt the pull between East and West.

I recall landing back at Heathrow, holding my dad’s hand as we walked through immigration. “Dad. I’ve just realised that everyone looks different again.”

He laughed, but the naive realisation that I also “belonged” somewhere else, a place where everyone had the same skin tone and cultural mannerisms, continued to bug me.

India as a 10-year-old surprised me. I ate pizza, I drank Pepsi, I went to a theme park, I visited the Taj Mahal.

Every time I visited I wrote a diary. It was a kind of ode to the land I never really knew, but the place my parents called “home”.

“It’s not rare to see a cattle standing in the road and occasionally its droppings.

“People portray India full of villages, there are, but cities too,” I continued, with my pre-pubescent observations.

When I returned and gave a class presentation on the trip, I remember excitedly explaining what I had done, and how much I loved it.

“My dad went to India and said he wouldn’t even get off the plane it smelt so much,” said one girl in the class, unaware perhaps, of the dagger she had landed in my stomach.

I went home and cried to my mum about it. I couldn’t understand why people would have such a negative perception of such a beautiful country.

“If you step off the plane in India today there is a tangible feeling “carpe diem”. I defy any person between the age of 18 and 25 not to be excited by India in its current environment. This is the reason why we are seeing an increasing number of Indians from Britain moving to India. My daughter went to India for two months on a work placement and she loves the place. Opportunities in India are immense and it is a dynamic economy. Sectors such as digital entertainment, innovation, advanced engineering, healthcare, infrastructure and education are very attractive. It doesn’t mean you do not have to work hard but the optimism and enthusiasm that you find there is much more compared to that found in Europe today.”

I’d often ask my parents why they ever left India, the life they had there always seemed far more exciting and interesting than the Buckinghamshire suburbs. My grandfather worked for the United Nations and met India’s first Prime Minister Jawarhlal Nehru, the President of India (Venkataraman) was at my parents’ wedding, and we had a large and interesting family.

Yet despite the personal pull they had to India, they saw far more opportunity in the UK.

My parents left India decades ago, and now call England their home; they revoked their Indian citizenship for UK passports a long time ago. They did that seeking a better life for their unborn children. And now, one of them has chosen to head back.

India is more dynamic and vibrant than it has ever been. Its economy, population, brains and spending power are being courted by the entire world.

But even with a narrative which is set to propel India’s power on the international stage even further, the decision to start a life here, and extend my posting beyond the initial six months I’d signed up for, baffles my parents.

“You really want to live in India?” exclaimed my mother when I told her. “Hundreds of people are going to great lengths to come and live in the UK, and you’re sure want to stay?”

I am sure, and I’m not alone – many of my friends here in Mumbai have made the same journey. They’re running their own companies, making money working for big corporations, or spreading social good with charities. The sense of opportunity is palpable. I was surprised at the numbers of educated, articulate young Indians born in America, the UK and Australia who have come here to tap into the opportunity.

‘Best place to be’

At dinner parties it’s normal to discuss the business opportunities or ideas we will launch onto the Indian market to make our millions.

It’s not just us “outsiders”, there are dozens of educated Indians who are no longer leaving to make their millions. A good chunk of my friends here are entrepreneurs setting up their own businesses, just in the same way thousands once left these shores for the UK to set up some of Britain’s most successful firms.

There is a sense among all of us displaced Indians, if you can call us that, that this is the best place for us to be in the world. The fact we have cultural ties adds to the idea that we can be more productive, and make more of a difference here.

Coming to live here is in some way attending to unfinished business.

You can meet a person a few times, speak to them on the phone, or online, but only when you live with them do you really know them.

My flirtation with India is now real. I’m about to make this place my home for the next few years.

My dad left India in May 1966 and landed at Heathrow as a bright-eyed student. My mother followed a decade later. They both live in the UK, are integral members of the local community, and have raised three successful daughters.

Forty-five years on, and I’m doing the reverse. I share the same fears as my father did as he stepped off the plane with only £75 in his pocket, but just as he found new success and a home in England, I hope to in India.