Leave the tough talk aside 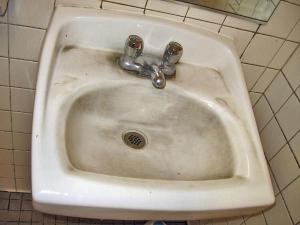 The SMRT drivers who refused to go to work had complained about two things – their wages and their living conditions. Much has been said about their salaries and whether they should be paid more than Singaporeans or other nationals. Not much, however, has been said about their living conditions, besides their complaints of the presence of bed bugs and how each of them has had to share the same room with 7 other workers.

Such complaints are not uncommon. Neither are they new. They are not surprising, too. In land scarce Singapore, and with more than a million migrant workers here, finding space to house them is a challenge.

But this is also where abuse comes in.

As Alex Au said at a forum recently, being housed 8 to a room is actually not the worst that could happen. This writer, along with the migrant workers NGOs, have seen tiny rooms which had many workers squeezed into them. 20 to a room. Even 40 to a room, sleeping on bare concrete floors, or – as we once witnessed – on triple-decker beds. These places are littered all over Singapore, from Chinatown to Little India, or any industrial estate, or shophouse.

In this short video [below], taken on 9 December, I visited one of these so-called dormitories. [This dorm was apparently for construction workers.] It was a very small room, with 8 double-decker beds crammed into it. This would mean up to 16 workers could be housed there. There were little storage space, in terms of cupboards or shelves, and thus the workers’ possessions are strewn and hung everywhere.

There also didn’t appear to be a proper laundry area, or space for drying their clothes outside the dorm. So, laundry has to be dried indoors.

The cooking area, or kitchen, is within the same space as the sleeping area, without any separation between the two areas. The walls and floor in the kitchen were in a terrible state, as you can see in the video and the pictures.

With just one window for ventilation, and with the cooking and drying of laundry done indoors and in the same space, the air in the room has a certain smell of staleness. Indeed, the odour attaches itself to you even after you leave the room.

While one does not expect workers to be housed in five-star accommodation, one would expect at least a basic level of comfort, reasonable space and storage facilities. But the problems do not just apply to this particular dormitory.

The Manpower Ministry really needs to step up its enforcement of basic standards for workers’ accommodation. There is no use in talking about “proper channels” and avenues to address grievances when the basics are not enforced.

But the bigger question which we need to ask is this: with the government saying it is not lowering the number of migrant workers by any significant amount, where are we going to house these workers and those who will arrive? And by this, I mean a decent standard of accommodation.

What the government could also do perhaps is to allow independent inspection of dormitories by third parties, such as the NGOs, or even reporters. At the moment, access to such dorms is limited to a selected few, such as MOM. It was reported that reporters were not allowed into the dormitory which housed the SMRT drivers during the strike.

When workers “take the law into their own hands”, often it is the last resort, and probably after a prolonged period of frustration. While we may say we have “zero tolerance” for such actions by workers, we should also pause and consider that perhaps they do have a point.

After all, are we not a first-world country, aspiring to be a compassionate society as well? Why then do we not accord basic decent living conditions to those who work for us? Why do we need for them to take drastic actions before we ourselves act?

As we admire the Gardens by the Bay, or Universal Studios, or our spanking new condominiums, or the highways we travel on, or our new HDB flats, or the next shopping mall which springs up overnight, do spare a thought for those who help make these possible.

The very least, really, we can do is to treat them as and like fellow human beings.

Leave the tough talk aside, especially when we fail to provide them the very basic.