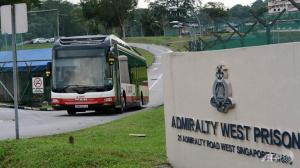 SINGAPORE: One more SMRT bus driver from China will be charged and another 29 sent back for their involvement in an illegal strike over their pay and living conditions earlier this week.

At a news conference on Saturday, the Manpower and Transport Ministries also took SMRT to task for lapses in its internal processes.

Despite the grievances raised by the bus drivers from China, the government reiterated that the workers had crossed the line and broken the law.

Acting Manpower Minister Tan Chuan-Jin said: “We have been very deliberate and measured in our actions. The government has taken into account the roles that the bus drivers played in the strike action and also the recalcitrance of the bus drivers who had participated in the strike on the second day as well despite our efforts to persuade them to abort their plans and to return to work the following day.”

Twenty-nine drivers were rounded up on Saturday morning and are now in custody. Their work permits have been revoked and they will be repatriated. They were absent from work on either or both days of the illegal strike on 26 and 27 November, without reason. Although some had medical certificates, authorities said these drivers were recalcitrant and participated actively in the strike.

The fifth person to be charged was said to be hostile and aggressive. On Thursday, four others have been charged with instigating the strike.

Over 150 other drivers will be let off. Police will issue warning letters to them and barring any new developments there should not be any further arrests or repatriation.

Mr Tan said the rest, who can continue working in Singapore, are said to have been coerced or threatened to join the strike.

There were strong words also for SMRT.

Mr Tan said the transport operator could have done better to manage the concerns of its workers. The incident he said was a timely reminder for employers to look into their obligations to workers.

He said: “SMRT must take steps to ensure that such severe breakdowns in labour relations should not happen again. We all know that there are statutory requirements that companies need to fulfil and these are expected of all companies but there are also many non-statutory practices which frankly any good company should fulfil as well and this includes how you manage your staff, employees, how you engage them and how you look after them, looking after their welfare and this includes both local and foreign employees and frankly it is common sense, companies are expected to do that.

“The issue is really why did this happen? Why was it allowed to fester? We do understand that the channels of communication are there. So the question is, did it filter upwards? Did it not filter upwards? And why not? And those are things we have to examine,” Mr Tan said.

He acknowledged that one issue that needs to be looked into is the pay for bus drivers. The China workers are unhappy over their increment and remuneration compared to their colleagues from Malaysia.

Mr Tan added by and large, companies in Singapore do treat their workers well, be they locals or foreigners. But the government wants to promote better employment practices.

And given the shortfall of drivers, the Transport Ministry said commuters should expect some delays on certain routes.

Forty-five additional drivers will be mobilised within the week after they are trained and familiarised with routes and equipment. These drivers are on loan from the other transport operator SBS Transit and private bus operators.

Minister of State for Transport Josephine Teo said SMRT has also recalled its off-duty drivers as well as training instructors to make up for the shortfall.

It will take SMRT another two to three months to recruit new drivers and train them.

The government has also called on Singaporeans to be circumspect in their response to the incident.

Ms Teo said: “I think it’s fair to say that some drivers regretted their actions and also they have chosen to go back to work. So I think we should not cast doubts firstly on their competence and secondly on their willingness and commitment to perform their jobs to the best of their ability. I think anymore casting of aspersions on their willingness to do their job properly is not helpful.

On whether the incident will affect bilateral relations with China, Mr Tan said this is not a bilateral issue but a case where the law is violated.

“It’s important not to politicise the issues,” he added.

The Manpower Ministry said it is in talks with the Chinese Embassy.

In a post on his Facebook page on Saturday, Mr Tan said: “There are many bus drivers, whether local or foreign, who continue to work hard, diligently and conscientiously discharging their duties every day bearing Singaporeans to and fro.

“All employees in Singapore, local or foreign, play an important role as responsible workers, as members of society, contributing in many ways which we often take for granted.

“So, while we may all have our individual perspectives on the incident, it is important for Singaporeans to be respectful in the way we respond. It would be remiss of us to just generalise about certain groups of people in a less than responsible way. We do need to respect those who continue to work hard to perform their duties.

PrevPreviousAre the Writings of Dionysius the Areopagite Genuine?
NextThe Church and the Olympic GamesNext