Towards a better understanding of the phenomenon of addictions 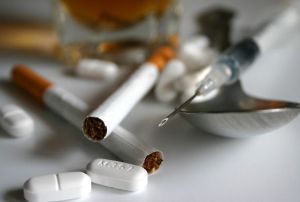 Our subject today is an impressive contradiction in people nowadays. In particular, what we shall be concerned with is people’s willingness to become dependent [on substances] at the very centre of an era when so much effort has been expended on the acquisition- and now enjoyment-  of the triumphant declaration of our independence! What is paradoxical is the fact that the more we progress with our external independence from binding conditions (tyrannies of all kinds), the more ways are found of constraining our internal freedom.

In my view, it is a help in studying the phenomenon of addictions to see them generally as a comprehensive problem, so that we can find cultural and psychological causes for them. Otherwise, there is the danger of approaching them in a fragmentary way, with inadequate measures. From time to time, in fact, we hear views that attempt to explain this increase, but they usually invoke only one cause. Some might attribute it to the loss of the religious element in our society, or to the insouciance of the state and indifference of the police, or the progressive moral decay of our times and so on.

While all the above interpretations contain an element of truth, I feel that, in the broader social sphere (and the ecclesiastical, let it be said), we have not developed a deeper understanding of the phenomenon. And so we are deprived of the opportunity for multi-faceted and successful action, both preventative and therapeutic.

What is the clinical importance of addictions from a psychiatric standpoint, for a start? Experience indicates that they are liable to result in some of the following in the psyche:

1) a way of expressing depression and, at the same time, a means of “comfort” for it.

2)  Improvised anxiolysis, of a similar clinical significance as the use of substances.

3) Expression of enforced pathology in the form of collective information either of markets or pleasures.

4) In borderline personalities, the self deception that they have acquired an identity and that they transform it at will.

So if such a diverse population of causes comes together in the same addictive behaviour, then, of necessity, another order of conditions is required, i. e. non-clinical, which will function as “facilitators”. And these conditions are contemporary socio-cultural factorswhich have certainly multiplied to an inconceivable extent compared to the recent past.

While there has always been a problem of addiction throughout the ages and in all places, the roots of today’s expansion must be sought in the progression from modernity to post-modernity. In particular, this corresponds to the progression from reason to experience, from persuasion to allure.

In the modern period, the centre of gravity was in the intellect, which had to be convinced, whereas in the post-modern era it is in the optic nerve and the other senses which need to be stimulated. So it is obvious that the way is open for the psycho-dynamics of addiction, since this is a non-rational event.

What does this post-modernism which we are living through consist of? It has become parallel, almost synonymous, with the society of spectacle and cyberspace. The society of the spectacle has colonized our social life, with the ultimate aim of forcing the psychic organ to surrender to it. Technology has, in the meantime, permitted an access undreamt of in the past to different variations of the spectacle.

At the same time, another reality which had previously developed during the 20th century allowed, in its turn, the formation of a more general susceptibility to addictions. This was the affluent society, in which addictive objects (substances, shopping, activities) were presented in great quantity and with easy access.

The combination of these two social and cultural developments also brought about changes in the human psyche, at least among those temperaments which were characterized by some vulnerability resulting from biological predisposition.

Indeed, in the phenomenon of addictions, the whole psychosomatic dimension of the human person is revealed. For example, it is well observed that addictive behaviour is favoured among personalities who are intensely impetuous or compulsively persistent, both of which are predispositions with biological provenance.

But we will not do the phenomenon justice if we restrict ourselves to its positivist reduction simply to an organic function. Despite the great temptations arising from modern psychiatry itself, and from the psychology of thinking only in biological terms, addictions reveal the actual nature when they are treated as multi-faceted problems, i.e. as stages which derive from the complexity of human nature. As such, they demand both psychological and socio-cultural consideration.

In the psychological approach, central importance attaches to the notion of control. In addictions, the subject struggles hard with control, which becomes a fixation. This struggle usually takes two forms. One lies in the creation of conditions such that they  really do permit control. For example, people addicted to shopping control the reality around them, satisfying all their requirements in the same way as someone addicted to food. Besides, many of those who are addicted to persons manage to control them by imposing their will and bringing out the behaviours they desire.

Another version is to be found in addicts who struggle for the illusion of control. This is where those people belong who are addicted to substances and who usually develop the well-known self-confidence which makes them claim they are not addicted and that, whenever they like that can cease to use and are therefore in control. To those who lull themselves with the illusion of control also belong people who are addicted to cyberspace (either to pornography or Internet games), since the form the self-delusion that they have is that the object of their desire is under complete control (a desirable woman, the enemy and so on).

I believe that this instance of the illusion of control is worth the focus of more of our attention because it is linked to the issue of relationship. It reveals to us the inability or unwillingness of the addicted person  to  enter into a real and substantial relationship. It is clear that such a relationship does not include the possibility of controlling the other person; on the contrary, engaging in such a relationship means some degree of self-surrender  to the process of change through the other person, it implies voluntary refusal to control the other, otherwise that would mean a lack of respect and therefore a lack of love.

So the increase in addictions in our times implies some form of disability in forming and maintaining healthy relationships. It follows that there is a lack of love involved here, at least as regards the result, since it is likely that the willingness to enter a loving relationship is more intense these days. And so we see a tragically large gap, given that someone’s requirement to be loved increases dramatically, but so does fear in the face of love.

The illusion of control provides a false impression of being all-powerful, which people have always found attractive. People who use addiction in order to feel all-powerful, as a counterweight to some narcissistic trauma, do so because the illusion provides greater enjoyment than reality does. We need to make the distinction here between enjoyment and joy, that latter being beyond the ken of many people. The mechanism of addiction is based on this ignorance.

It would not be right to claim that addicted people have become tied to the object that attracts them. If we want to be accurate, we should say that addicted persons have become bound emotionally to the process of seeking and finding this object. That is, in the intense psychosomatic experience, in what people call “the adrenalin”. It is precisely this feature that makes addiction an auto-erotic process. The centre of reference is the feelings and experience of the subjects themselves.

If this is the case in all forms of addiction, it is dramatic when it takes the form of addiction to a person. While such people are faced with actual others, with flesh and bones, in their intrapsychic reality, these others do not exist in themselves; they are no more than a canvas and a pretext to play out again the game of “hunting” and that discovery which means either subjugation or reassurance, depending on which side of the relationship each person is on.

True relationship is synonymous with freedom. When fear has settled in front of freedom- and this is an enduring temptation for human nature- the main concern of the psyche becomes the avoidance of trauma, or its repetition if there had already been some such unpleasant experience. In turn, this generates the need to escape and subject oneself to another “I”, which is constructed in the imagination, so that it provides the illusion of control: either to the person to whom they are addicted, to the artificial “I”, the computer, to the personified substance and so on. We need to remember addictions to people which develop either within the context of the couple or in aberrant groups such as sects.

Besides, the collapse of ideologies, including religions, has left a vacuum, not only in the realm of ideas. First and foremost, it has created a vacuum in the psyche, which has taken the form of an existential vacuum, or even psychopathology. A well-constructed system of ideas has the power to transform (in the best case scenario) or to legitimize (in the worst) elements which a person’s psyche considers unacceptable, siphoning them off into collective interests. Without ideology, the psyche is exposed to its destructive and aggressive urges, for which the ideology constituted a functional alibi (and not always with regrettable consequences, of course). So the need to transcend the existential vacuum or chaos inevitably leads to techniques for supposedly supplementing it through objects or experiences.

Obviously, true supplementation never happens by means of addiction, which is why, after the initial enjoyment, the psyche presses for a repetition of the experiences, like the eternal torture of Sisyphus. In any case it is in this repetitiveness that the power of addiction resides.

These two features should  trouble us especially when we come across addiction in people of the Church. It is here that we really see the high frequency with which we encounter both the history of a person with a psychic trauma (because of which the person hesitates to engage in a substantial relationship, preferring addiction) as well as the absence of theology. There is an attempt to fill the vacuum of theology with pleasure, which the addict derives from another person.

To sum up, addiction is certainly a disease of a particular person, but at the same time a disease of our culture, even of the particular collective environment to which someone belongs (family, sect, Church and so on). It reminds us, in a negative sense, how human nature should work naturally and charges us with general advice on the forms of public and private life that we organize. For the Church in particular, it urges us to rethink our attitudes to the real spiritual life and to measure up to the monumental truth that “where the spirit of the Lord is, there is freedom” (II Cor. 3, 17).

(Talk in Irakleio, at an event sponsored by the Holy Archdiocese of Crete, in the presence of His Eminence Irinaios, Archbishop of Crete) Rev.Fr.Vassilios Thermos is an Orthodox theologian and priest from Greece. He is a psychiatrist for children and adolescents in private practice. He holds a PhD from the Theological School of Athens University on the psychology of priestly vocation. He has studied as a Visiting Scholar in Harvard Divinity School, Boston College, and Andover Newton. He has been engaged in training clergy and giving lectures.

PrevPreviousThe Importance of Sunday
NextWho wrote the Gospel of Matthew?Next