Pakistani schoolgirl activist Malala thanks supporters after being shot by Taliban 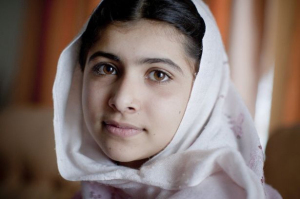 – Malala Yousufzai, the Pakistani schoolgirl activist who was shot in the head by the Taliban, has expressed gratitude to the people around the world who have supported her as she recovers from the traumatic attack.

“Thank you so much for the outpouring of love and support,” Malala said in a message read by Anderson Cooper at the CNN Heroes ceremony in Los Angeles. “I thank the people that supported me without distinguishing religion and color.”

Malala has been campaigning for girls’ right to education in a conservative area of Pakistan for years.

In her message, she praised girls in northwestern Pakistan “who are continuing their studies despite threats from militants.”

She is now at a hospital in Britain, where she was transferred to soon after the assassination attempt in northwestern Pakistan in October. Examinations there revealed that she had suffered no major neurological damage, but she still faces a long struggle to recover from her injuries.

Malala is reading books and walking in the hospital in the city of Birmingham, according to her father, Ziauddin Yousufzai.

Her story generated a huge amount sympathy and support in Pakistan and across the globe.

The Pakistani Taliban have threatened to go after her again, but Malala appears to be undeterred from her campaigning.

“People have actually supported a cause, not an individual,” she said in her message. “Let’s work together to educate girls around the world.”