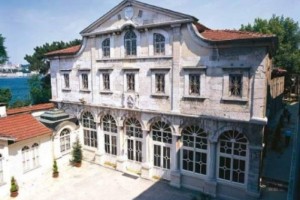 It is sometimes very difficult to understand why Turkey refrains from reforms in various fields.

In the past, we used to think that Turkey was lagging behind in reforms because of the attitudes of the Kemalist elites. However, in this Turkey of 2012, where non-Kemalist actors almost completely dominate the political scene, more persuasive answers are needed. It is no longer possible to blame the Kemalist elites. Thus, the question is this: Why do conservative actors who grew up in Islamic circles fail to avoid Kemalist traps?

The problems that beset the Ecumenical Patriarchate of Constantinople are typical instances of problems attributable to reforms not initiated. Why does Turkey still not recognize that this church is ecumenical? More, why is Turkey still not ready to recognize this institution’s rights, including its right to educate a new generation of clergy? As I said above, why Turkey has not solved these problems might have been easy to explain in the ’60s, ’70s or ’90s. However, the conservative actors of today have a clear capacity to overcome possible Kemalist opposition. So why are the conservative actors of Turkish politics not much interested in such critical reforms?

The Orthodox Christian Church’s tenet of ecumenism is a matter of theology. Thus, it is not correct or possible to limit it by a decision of the Turkish state. The church has professed ecumenism since almost as far back as the sixth century, when the Turks had no idea even of Anatolia. Ecumenism entails the obligation to connect with followers, be they in Turkey or Latin America. Since the sixth century, which includes the Ottoman periods, the Orthodox Christian Church’s ecumenical role has been a phenomenon acknowledged worldwide. The church declares its role thus: “The function of the Ecumenical Patriarchate as center par excellence of the life of the entire Orthodox world emanates from its centuries-old ministry in the witness, protection and outreach of the Orthodox faith.”

Unfortunately, despite this historical and theological background, Turkey presumes to limit the church’s theological position according to the state’s bureaucratic perspective. Imagine the Italian government declaring that the Holy See is no longer the central government of a universal church and that it should now conceive of itself as a national bureaucratic office. What Turkey does to the church is as crazy as this.

More dramatic is the insistence on the retention of a Kemalist stance in post-Kemalist Turkey. Today’s conservative actors should analyze why the Ottomans respected the ecumenical patriarch. In no way is it possible to reconcile the current Turkish position on the patriarch with the Ottoman legacy. Those who are proud of their Ottoman past should know that the current Turkish policy on the Orthodox Christian Church takes an anti-Ottomanist stance. More, the current Turkish strategy is incompatible with Islamic tradition. Muslims cannot limit or forbid the practice of another Abrahamic faith. Similarly, they cannot be party to a grand strategy that limits or prohibits the practice of another faith. As long as Orthodox believers remain committed to ecumenism, it is not Islamic to hinder them. Not allowing the Orthodox Christian Church to open a religious seminary is also not Islamic. Islamic tradition urges that Muslims are first responsible for non-Muslims who need their help. It is sad to observe that such a brilliant Islamic tradition is no longer remembered by the Islamic elites of today. These Muslim elites should immediately review the example set by their founding fathers, such as Caliph Omar or Mehmet II, the Conqueror.

The Real Environmental Crisis. Lessons from the Green Patriarch