Communiqué on the resurgence of Violence spreading throughout the World 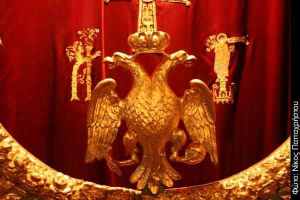 The Ecumenical Patriarchate expresses profound concern about the resurgence of violence currently spreading throughout the world. From America to Africa and throughout Europe and Asia, continents are confronted with the phenomenon of intolerance that not only undermines world stability and peace, but also constitutes a denial of human dignity. Racial murders, genocide, ethnic cleansing, anti-semitism, destruction of places of worship etc, constitute barbaric acts that must be denounced publicly, particularly when they are masked with the veil of religion in an effort to justify them.

The Ecumenical Patriarchate is particularly concerned about the situations in the Middle East, as well as in Nigeria and Sudan. Clashes between Christians and Muslims in these parts of the world must be overcome by promoting love for one’s neighbor as the peaceful expression of the bond uniting every human being.  Furthermore, the Ecumenical Patriarchate is deeply concerned about the future of the people of Syria, as well as for the future of Christianity in that country.  Therefore, we are calling on all parties involved in this conflict to lay down their weapons, especially given the urgency of the humanitarian situation.

The solution to such conflicts requires dialogue above all else.  Dialogue constitutes more than merely a better understanding or toleration of our differences, indeed, dialogue is the essence of reconciliation and transformation. Therefore, religious leaders should be working together, through dialogue, to affirm God’s peace in the world.  We, as religious leaders, have a moral obligation to resist war and promote peace as a vital and fundamental necessity for all humanity. Religion cannot and should never be a basis for war and conflict, nor should it be used as an instrument of fundamentalism and fanaticism for purely political motives and ends. With great resolve, we have repeatedly emphasized that any crime in the name of religion is a crime against religion. In this respect, dialogue is the only hope for attaining peace.

Finally, His All-Holiness Ecumenical Patriarch Bartholomew and the Ecumenical Patriarchate express their solidarity with and compassion to all communities affected by violence, addressing a fervent appeal to all autocephalous Orthodox Churches, all Christian Churches and religious communities, as well as to international organizations and states, as well as every person of good will, to contribute to the triumph of peace over war and hatred.

At the Ecumenical Patriarchate

The Chief Secretariat of the Holy and Sacred Synod

The Feast of the Three Hierarchs at the Ecumenical Patriarchate

Communiqué for Respect of Religious Differences and Cessation of Violence